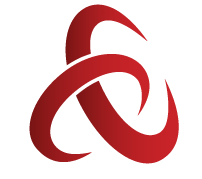 The content and scheduling of a TAPI release is described at TAPI Roadmap 2022 page.

Any major TAPI release (vX.Y) must be associated to a TAPI RIA version (vA.B)

When a meaningful/identified/consistent set of features have been consolidated in RIA discussions, an intermediate TAPI releases (v.X.Y.Z) can be delivered.

A pre-release major version is declared to be "ready for review" at a regular TAPI call.

It is required that at least the OTCC TST members provide a vote on the available voting page (e.g. TAPI Release v2.3.1 Approval):

The vote is extended to all contributors, where a contriburs is attending TAPI calls regularly (definition of "regularly").

The vote should be extended to all downstream consumers of TAPI.

The possible votes are yes, no and abstain. For approval, a certain percentage of yes votes shall be defined (e.g. the 1/3 of MEF).

TAPI Model is composed by the following technology agnostic modules:

And by the following technology specific modules:

Current editors of the model are listed in the Yang modules:

To split the review work, each editor is required to focus on a specific subset of the modules, which